On Saturday, I finished writing my novel manuscript, and I can now reveal the title:  The War of the Worlds and Fairies. 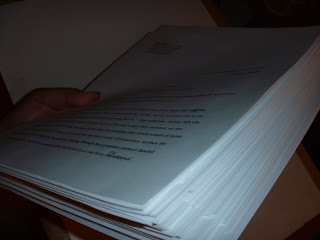 Instead of a simple mashup, it's a true reimagining of H.G. Wells’ The War of the Worlds with over 95% of it my own original writing. The manuscript is 400 pages long, so it would be about 330 pages if it was printed up in a typical paperback fashion.

The story is set in 1898, the same year as Well’s original, and it’s told from the point of view of Ashley, a fairy who has grown to human size.  In the following scene, she and her friend Violet are preparing to go see a large cylinder that has landed from Mars.

Violet and I helped each other dress for our outing to see the men from space.  She chose a rather unorthodox riding habit which she laid out on the bed, including a severe jacket and matching top hat.
I finished lacing her boots.  Although neither of us used corsets, we put the boots on before our petticoats—corseted women cannot bend down to pull them on, and we simply followed the order of dressing we had been taught.  I stood and pointed at her outfit.  “You’ve never ridden a horse in your life.”
“You must admit, riding a butterfly naked is easier.”  She inspected my sensible blouse and skirt, then bent down and started on my boot laces.  “Ashley, why don’t you wear that bicycling outfit your husband bought you?”
“Because I’m not going bicycling.  See the benefit of a logical mind?”  We were only talking this way to calm our flighty nerves.  When we finished dressing, we held each other.
Violet’s scared whisper brushed against my ear.  “You were right.  Each flash of light was like a gun shot, aimed at us.”
I replied.  “Your intuition was right.  Imagine men on Mars staring at us through telescopes, looking for a place to land their spacefaring ships.”
When Violet stopped shaking, we set out.

Posted by Mark Murata at 7:01 PM 4 comments: Links to this post

Email ThisBlogThis!Share to TwitterShare to FacebookShare to Pinterest
Labels: War of the Worlds reimagined

At first, Oblivion seems like a typical Tom Cruise movie:  A brief shower scene to show off his pectorals, his cruising around in a fast vehicle, his wearing a baseball cap and showing he’s full of himself.  But then it gets deeper. 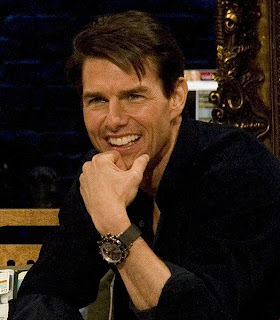 Jack (Tom Cruise) is a cocky pilot who flies around in his one-man craft as a maintenance man to flying drones.  Why?  Because the drones guard the incredible fusion machines that convert the Earth’s water into energy.  Why?  Because the entire rest of the human race has moved to Titan, and they’ll need the energy.  Why?  Because Earth was devastated by an alien attack, it was left mostly uninhabitable, and some of the surviving aliens attack the fusion machines on occasion—hence the need for Jack to zip around and maintain the drones.  This is a standard post-apocalyptic setting, with unusually smooth special effects.

Jack lives with Victoria (Andrea Riseborough), and they’ve both had their memories erased for no particular reason.  However, Jack has hazy dreams of another woman who was meaningful to him.

At this point, Oblivion sounds like it’s derivative of Total Recall (see my review here).  Can you guess that Jack will find this mysterious woman Julia (Olga Kurylenko)?  But the way he finds her not only ratchets up the tension, it makes the tidy post-apocalyptic setting unexplainable.  Jack has only two weeks left before the fusion machines close up shop and they can join the rest of humanity on Titan, but he needs answers to his erased memories and the nature of the world he has been protecting to its bitter end.

I can’t say that Oblivion is a great movie, but it became surprisingly deeper than what I expected (I only went to see it as a form of escapism after the real-life drama of the bombings in Boston).  Yes, the character of Victoria could have been developed more, and yes, Julia could have expressed more curiosity about their situation, but I have to say that the movie works.  Tom Cruise does a serviceable job as Jack, and the movie’s plot goes beyond action/adventure into the kind of concepts that earn it the moniker of science fiction.

So a soft recommend for Oblivion.  If you want escapism, it fills the bill.  If you just want a Tom Cruise movie, you’ll be stretched by the science fiction concepts.  If you’re a science fiction fan, I can’t say your mind will be blown, but I think you’ll be entertained. 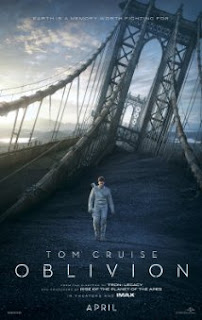 Posted by Mark Murata at 8:38 PM 5 comments: Links to this post

A friend of mine is going to Britain this summer.  When I told her about the grave of Eleanor Rigby, she said that was a fictional character. 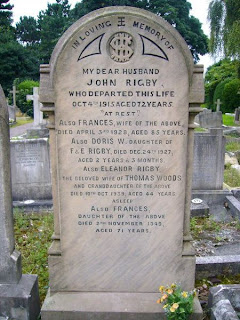 John Lennon and Paul McCartney used to spend time near this church in Liverpool when they were teenagers.  McCartney at first said it was a coincidence, then in later years admitted it was possible this could have influenced him subconsciously.
Posted by Mark Murata at 1:07 AM 3 comments: Links to this post

This is for the evil perpetrators of the Boston Marathon bombing:

Let them be as chaff before the wind:
and let the angel of the Lord chase them.

Let their way be dark and slippery:
and let the angel of the Lord persecute them.

Let destruction come upon him at unawares;
and let his net that he hath hid catch himself:
into that very destruction let him fall.

And my soul shall be joyful in the Lord:
it shall rejoice in his salvation. 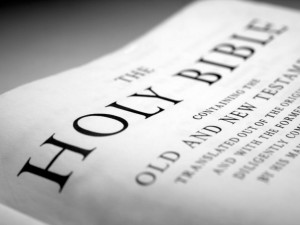 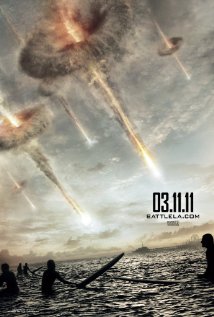 A friend of mine who has a son in the Marines enjoyed how authentic the movie was when we saw it in a theater together.  Last night, I enjoyed watching it by myself while pouring corn nuts into my hand and drinking some 7-Up.  I was so engrossed in the movie, I got mixed up and poured 7-Up into my hand!  That’s the first time I ever did that.
Posted by Mark Murata at 8:50 PM 1 comment: Links to this post

I talked a little to Carry L. Lee, who is not only a science fiction and fantasy author, she is also a particle physicist. 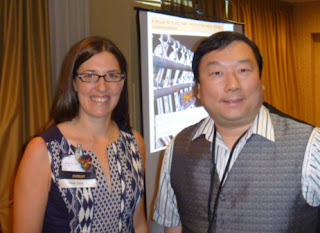 Saturday night at the convention is the Masquerade, and some of the participants parade themselves to have their photos in the lobby.  Entire families might participate. 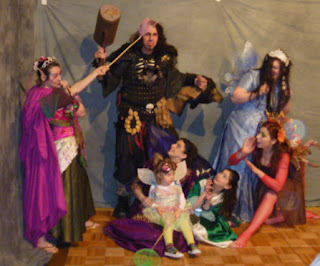 Notice the little girl with goggles flipped up

I was on the lookout for Tereshkova2001, who appeared like this at last year’sconvention: 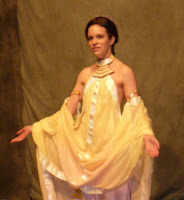 I barely recognized Tereshkova this year.  Sorry I didn’t get a better picture. 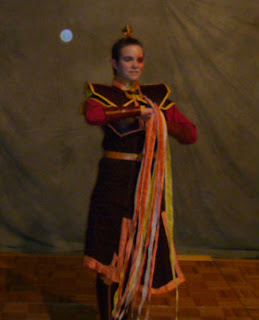 Finally, here’s something strange.  You know how in fast food joints, you can hear people behind the counter with headsets on taking orders from the drive through lane?  While eating at a Taco Bell during the convention, I realized that no one behind the counter was talking to the drive through lane, though it was quite busy.  I happen to know that some fast food places are using call centers to take orders—you might be talking to someone in a different state when you pull up to one of the menu speakers, and that person then sends your order by internet to that same restaurant, which assembles your food.  So the person below might not have been talking to anyone inside the Taco Bell where I was sitting.  Also, do you notice something unusual about that person? 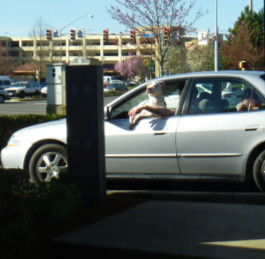 [Permission granted to use any photo on this post, so long as it is labeled “Photo by Mark Murata”]
Posted by Mark Murata at 5:20 PM 2 comments: Links to this post

Catherine Asaro, among other things, is a chemical physicist, a rock singer, a dance instructor, and a member of a think tank that advises the government on national security. 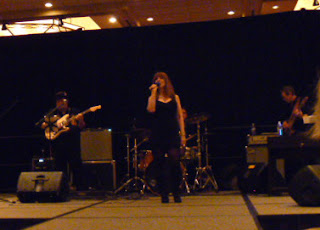 Guess which pastime this is?

I attended a mini-concert of hers at the convention.

Earlier in the day, Terry Brooks, author of the Shannara series, reflected on his long career.  When his first novel hit the New York Times bestseller list, he thought, “This is easy.” 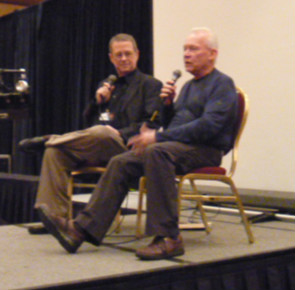 Terry Brooks is on the right

He didn’t realize that that opened things up, and publishers gradually became more willing to look at science fiction and fantasy as serious literature.
Posted by Mark Murata at 5:44 PM 1 comment: Links to this post

I went to Norwescon in Seattle again this year.   A lot of people dress up in costume, like so: 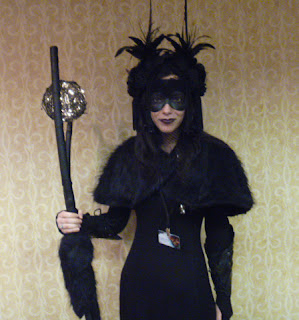 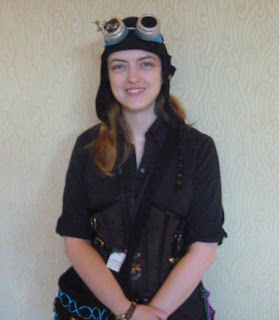 The most interesting discussion panel was on viewpoint in a story.  For some reason, when Young Adult first became a hot category, many people thought the stories had to all be written in first person (“I did,” as opposed to “he did” or “she did”).  But unless the main character has a strong voice, this becomes a problem.  (“Voice” is the term writers use to describe a character’s distinctive dialog, thoughts, and way of describing surroundings.)  Without a strong voice, authors tend to use third person.

These writers were skeptical of using both first person and third person in a novel.  Of course, H.G. Wells’ The War of the Worlds used both first and third person, in different parts of the book.  My reimagining of that novel will do the same.  Here is an excerpt from Violet’s point of view, as she surveys the aftermath of the initial Martian attack:

She flicked water from her ears in disbelief—flicked them too hard, causing the points to sting—then saw pond water was dripping from her wet clothes onto the oriental rugs in my husband’s study.  Stupidly, she clicked the light switch up and down several times before realizing the electric lights must be out—in the whole house, in the whole neighborhood!  The lack of artificial light made her next move obvious, though the idea of sidling up to the window felt scary after reaching safe harbor inside the security of the house.  But she forced her legs to move, against the clinging of damp bloomers.

As her horrified eyes adjusted, she could see a series of hungry flames burning on what was left of a scorched hillside beyond Horsell Common, swaying in the dying gusts of the storm that sporadically howled against the house, their redness reflecting off the scudding clouds above.  She spied a dark shape in the pit—something ominous the Martians were working on.  What fresh terror is this?  A tang of burning resin leaked in from the window.

[Permission granted to use any photo on this post, so long as it is labeled “Photo by Mark Murata”]
Posted by Mark Murata at 6:23 PM No comments: Links to this post