Side Effects of Stevia 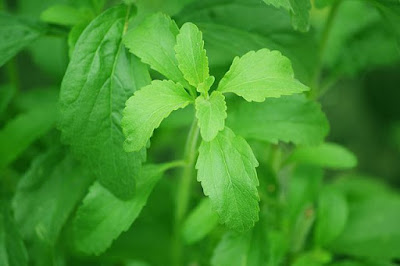 I added a stevia packet to a bottle at work one day. It was barely noticeable. Okay, so the next day I added three packets to a bottle. Later that morning, I felt like I was almost drowning because I was so badly congested. And my eyebrows were itchy. My eyebrows?

So I looked up the side effects of stevia. It turns out that if a person is allergic to ragweed (and I’ve had hay fever all my life), the body might react to stevia the same way. So it was like I just drank a bunch of ragweed.

I’ll set the box of stevia packets I bought in the lunchroom, for my co-workers to enjoy.

Which leads me to an excerpt from my novel manuscript Werewolf in the Fold. As something unique, it is set squarely in the year 1999. I know that most nostalgia stories are set in the 80s, but as people get older, they’ll get nostalgic for a time when the Backstreet Boys were popular, and the dot coms were a new way of doing business. The statements about aspartame and stevia are accurate.

Oh yes, it’s a slightly alternate reality, with certain minority groups. A rather innocent minor character Lily May is interacting with her friend Fonda.

And here she had met such people: Blacks who were well-educated and thought it normal to look white people in the eye and move into management positions, Asians (who didn’t call themselves Orientals anymore) who had been born in this country—just as their parents or even their grandparents before them—and who were as American as anyone else, and Elves like Fonda, who had befriended her and knew so much about fashion tips.
Lily May was well aware of the stereotype that Elves were amoral and chafed at society’s boundaries of decency. But if her friend had seemed to fit that stereotype for a moment there, she downplayed, suppressed, and forgot it in the slim moments between Fonda’s last comment and the next.
Fonda pointed a slim fingernail at Lily May’s soda. “And you chose the color of that to match your blazer? Those are too tame. Want some sweetener?” She rummaged in her tiny purse.
Lily May tried to snort, but it just sounded like a bad inhale. “I’m not that naïve. You just want to pour some sugar or that new aspartame stuff into it, to fizz out the carbonation.”
Fonda produced a small bottle. “Stevia. A natural sweetener. It’s banned here, but my people in Latin America like to chew the leaves.” She offered it.
Lily May thought that sounded too much like chewing some other kind of leaf, so she waved it off. Then she heard the sound of male voices approaching.
She put a finger to her lips, then whipped halfway around so she was facing Fonda with her blazer open. She kept her black Italian soda on the desk—something the guys could pretend to look at while noticing her new look.

Posted by Mark Murata at 7:04 PM No comments:

Here’s a nice moment in the midst of all the chaos in society. Gal Gadot is filming her second Wonder Woman movie. Between takes, she stopped by Inova Children’s Hospital in Fairfax, VA in full costume to visit some of the children. 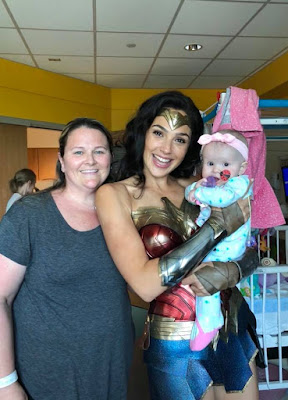 Posted by Mark Murata at 8:10 PM No comments:

Email ThisBlogThis!Share to TwitterShare to FacebookShare to Pinterest
Labels: Personalities

This is a little late, but Lego has done an outstanding job of building incredibly detailed replicas of historic American buildings. Let’s start with the Capitol, which houses Congress. 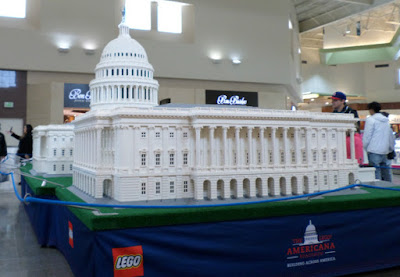 I think most Americans are familiar with a front view of the Capitol. So above is a side view. 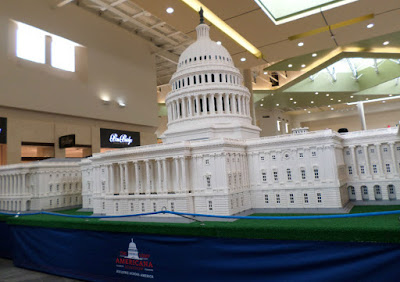 And above is a back view. See the incredible detail? 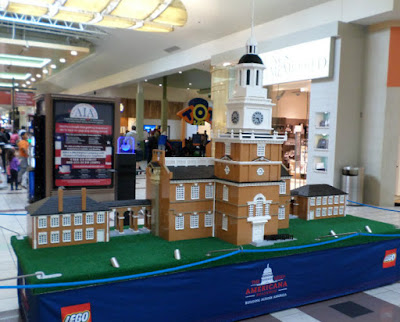 This is Independence Hall, located in Philadelphia, Pennsylvania. Notice they included the external halls. 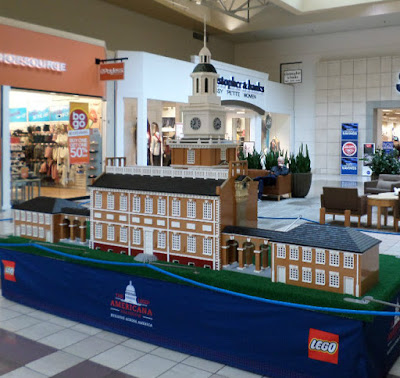 Both the United States Declaration of Independence and the U.S. Constitution were debated and adopted in this building.

Now for something timely: The U.S. Supreme Court. 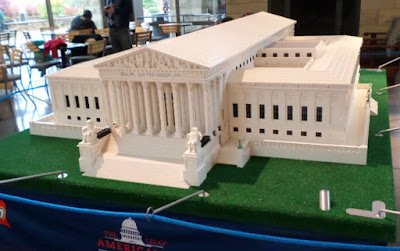 They included the bas-reliefs at the top of the arch. (Click to enlarge.) You can just imagine interns running out with the latest Supreme Court decisions. 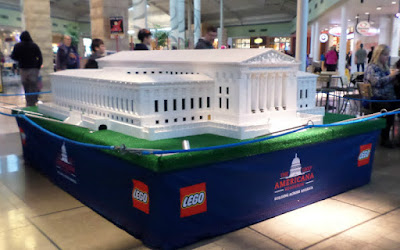 The back view, which I don’t think I had ever seen before.

So, happy 4th of July weekend!

Posted by Mark Murata at 9:15 PM No comments: