The writer knows as Authoress has an interesting website. Once in a while she’ll call for submissions of snippets from beginning writers’ works in progress, which she’ll then post for people to make polite comments on. This time around, she wanted a short piece of dialogue. The entries should show up on her site tomorrow or soon after.

Here’s what I submitted, from my vampire parody. 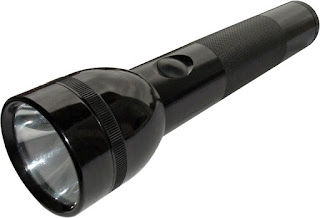 photo by KMJ at German Wikipedia

Dee, a homeschooling mother, slays the occasional vampire that comes her way. She and her friend Hope follow a map that may lead to the source of the vampires.

Dee was grateful they were walking on grass that didn’t crackle too much, since it was still soft from September rains. “I suppose now I should start waving my flashlight around for no reason as we walk, the way all those stupid people do on TV shows where they’re hunting vampires or werewolves.”
Hope brought the smartphone closer to her face. It was finally lit enough to show she was frowning. “You really watch the werewolf stuff?”
“I guess there’s not as much on TV about werewolves as there is about vampires. But those novels in bookstores with threatening covers—eyes filled with contempt, strange tattoos, edged weapons—and those are just the women!”
“Doesn’t it bother you that they portray werewolves and other such things as sexy nowadays?”
“Sex sells, sister.”
Hope came to a dead stop. “This makes no sense. The path we’ve been following from this map keeps going straight. But you can see where the trail we’re walking on goes.” She gestured to the left, where the trail curved.
“Isn’t that just some tiny blip your map doesn’t show?”
“No, this trail we’re on doesn’t curve back to match the online path. You can see why.” She pointed to the steep hillside ahead of them. “Are we supposed to climb up and hike cross-country?”
“The answer is in front of your face.” Dee pointed with her flashlight.
#
For another scene from my vampire parody, click here.

Posted by Mark Murata at 6:55 PM No comments: Links to this post

So I finally bought a new smartphone. I was going to get the original Google Pixel, but reviews said sales were collapsing because users found it hard to manage. I then browsed the older Galaxy S models, but they can be sold by third parties that get terrible reviews on Amazon.

Along the way, I saw some Galaxy J models that were a lot less expensive than the S models, so I turned my nose up at the cheap things. 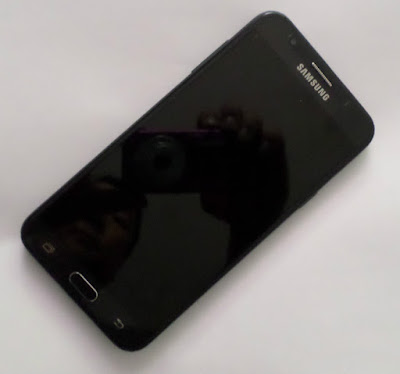 Looking at multiple reviews, I began to see the sense of the J models. Instead of being the flagship Galaxy S models, they were midline, workable phones that had what I needed without being the latest shiny object. Advertised for 219.99, I managed to get it for a little less when the clerk at the BestBuy brought up a discount. Of course I’ll get the protective case, since my manager recently dropped her S9 into soft dirt, and the screen got a spiderweb crack.

When I say finally, you may not believe what my previous phone was. It had the Microsoft operating system. Some of you will say, “There’s no such thing . . . oh, right.” My friend Kelly introduced me to it years ago, saying it worked just like the commercials said it did. It was the shiny new thing. But years went by. People stopped making apps for it. And it couldn’t download any Android or Apple apps.

On the subject of phones, here’s an excerpt from my urban fantasy manuscript, The Weapons of our Warfare. Stephen, a church intern, has discovered a coven has been spying on them. He returns the favor, with two teams of two on a hilltop in a wilderness. Unfortunately, the coven leader has a certain power.

Frustrated, Stephen listened to the static on his phone, keeping it pressed close to his ear so the sound wouldn’t carry.
“I thought we were far enough away.” Beverly’s jaunty mood was gone. “How are we going to tell them to move into position?”
“The coven leader’s definitely jamming it.” He looked up at the white glow. “But no reaction. As if she sets up a large jamming field by habit.”
Their plan had been simple, but bold. Before the coven leader could start her incantations, he and Beverly would confront her. If they were charged, he would throw Beverly down the hillside, if necessary, to save her.
Stephen’s hand tightened into a fist around the cell phone as he stayed determined to keep that part of the plan from her. Assuming the coven leader would flee in the opposite direction, Terrence and Minerva would apprehend her, Terrence using his authority as a police officer and a certain obscure statute they had looked up. The coven members would scatter.
But the hiss of static threatened to make it all in vain. The two teams couldn’t communicate, couldn’t warn or assure each other. Even worse, Stephen couldn’t tell if she knew they were there after all. Was it right for him to lead on, risking the others?