I recommend these two books:

Why I Survived the A-Bomb by Akira Kohchi. 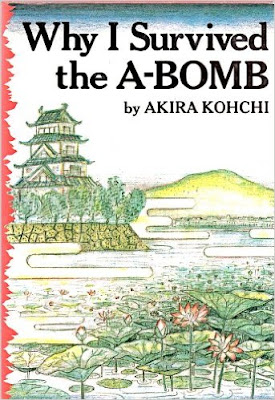 Mr. Kohchi was sixteen years old when the bomb dropped. Although he was outside Hiroshima when it happened, he walked towards the mushroom cloud in a dutiful attempt to find his father. This firsthand account has disturbing details. 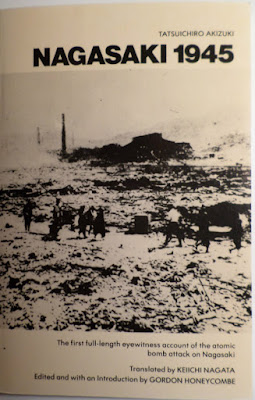 Dr. Akizuki worked at a small hospital at the edge of Nagasaki. Since he did not go to the center of the blast, his account is more detached. During his tireless efforts to treat patients, he realized they showed symptoms consistent with exposure to radioactivity.

These are deeply serious accounts that will leave a lasting impression.
Posted by Mark Murata at 6:07 PM No comments:

Most of Totem Lake Mall in Kirkland is getting torn down. I remember before the mall was built, walking in the field where the upper mall now exists with my friend Brian. (Totem Lake was never a real lake, but more of a duck pond.)

Well, now it is getting torn down. You can see how these storefronts were emptied out in preparation. 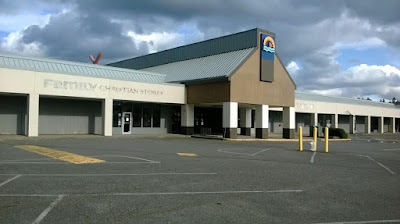 The truth, is Totem Lake Mall has not been a happening place for years. It was not even a place I would go to write, since the fluorescent lights overhead had an incredible buzzing sound. So now it is getting torn down. 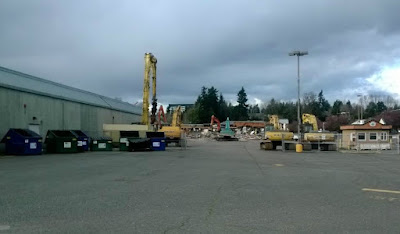 We’re told something newer and better will take its place. I hope so.
Posted by Mark Murata at 11:23 AM 2 comments:

Marissa Meyer at the bookstore

Marissa Meyer, author of the bestselling Lunar Chronicles that started with Cinder, announced at her blogsite that she would be signing books at Third Place Books. Considering her in-depth knowledge of fairy stories, I definitely decided to go.

After she and three other young adult authors did a Q&A session, people rushed to line up for autographs. I ended up towards the end of the line, but it was worth it. They were autographing coloring books featuring themselves and other authors on the book tour. Coloring books! 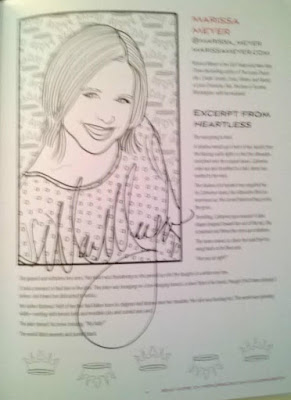 You can read the autograph, which is what's important
(You’ll see how lifelike when you scroll down.) Marissa was glad to see me. Want to know why? Google my name and the word Cress and you’ll see. It’s important to have something intelligent to say, not just, “I really like your books.” 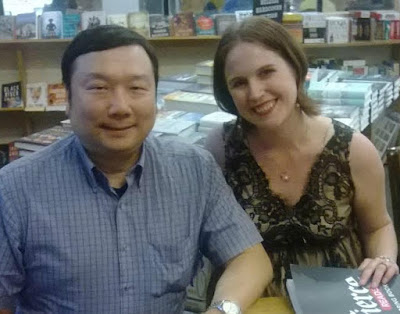 So after the picture, since she does a wealth of research on folklore, I asked her opinion on which country had the original Cinderella story. (It was not originally a European tale.) She said that the earliest written account was in China, but she thought the earliest account of all would have been an oral tradition in Egypt.

I asked, “You mean with the fur slipper?” and she said yes.

(There is an ongoing controversy as to whether the first European writer of the story actually meant to write verre, which means glass, or vair, which means a fur used for clothing.)

That was an enjoyable conversation. If you hear that Marissa Meyer is doing a signing in your area, you really should go see her.
Posted by Mark Murata at 6:49 PM 9 comments: